To explore the full set of age-related legislation in the area of Economic participation & education,
you can download the PDF or the Excel version. The full data set for all thematic areas is also available for download.

The domains of economic participation and education are considered together due to the close relationship in some of the relevant age-related legislation, i.e. the minimum legal full-time working age and the end of mandatory schooling.

When it comes to economic rights, the CEE/CIS region demonstrates legislative commitment to protecting children from hazardous work and equal access to minimum wage schemes. Across the region, all States have set legal minimum ages for the start and end of compulsory education, with countries using an 8-10 year educational curriculum.

The research on economic rights also showed that children can often make independent decisions over own income, savings and petty dealings before the age of 18. The most frequently set age barrier in this regard is 14 years (see map below).

Economic rights for children and adolescents are relatively strong across the region. All countries set a minimum age of 18 years for admission into hazardous working environments, with many countries providing clear criteria in legislation. Furthermore, the legislation across the region suggests that children and young people are recipients of a minimum wage scheme at an equal level to other members of the workforce. Only Croatia differentiates its minimum wags according to age. A lower minimum wage is applicable for workers under the age of 35.

This area of partial economic emancipation is the only policy field in which laws frequently stipulate that children have the right to make their own decisions, unless parents prove that a child is incapable. Hence, in this area a younger age is set, with the onus on adults to prove incapacity, rather than the onus of the child to prove capacity.

Across the region, the variation is small in terms of admission to employment, however numerous contradictions can be found when considered against the end of mandatory schooling. Eleven countries across the region have a lower minimum age for full-time work than the age at which mandatory schooling ends. These countries were predominately CIS or former Soviet Union countries. This suggests that children could be leaving school to gain employment.

The table below compares the minimum age for full-time work and the end of mandatory schooling:

In the development of the »General Comment on Adolescence«, there is considerable debate between those advocating stronger protections for children against labour exploitation and those – at times the children themselves – that see employment as a positive aspect in a child’s life that should not be subject to a minimum legal age. Paragraph 89 highlights the “important developmental role” of work for children providing that “it is not a worst form of child labour and does not interfere with compulsory education.” This is particularly relevant for households facing poverty, where children can provide an economic contribution to the family. Paragraph 90 notes that “general bans on work for adolescent who have reached the minimum working age, which must be above compulsory school age, are counterproductive.” This is also the case in another five countries across the region (orange highlights).


What adolescents said: Views on school and work in five countries 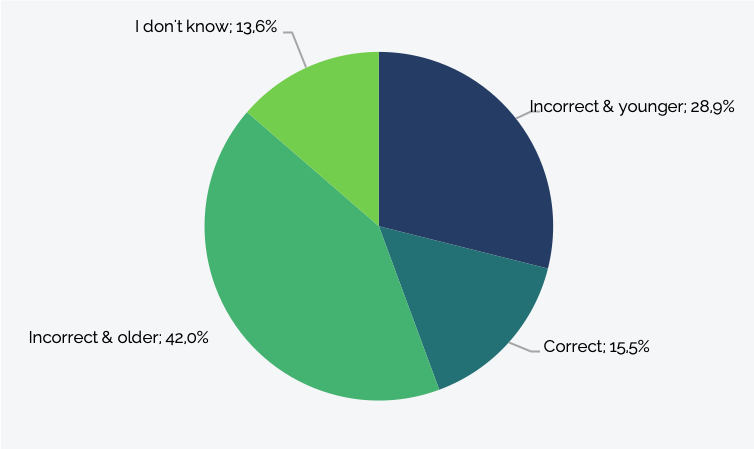 From what age can a young person decide to stop going to school?” 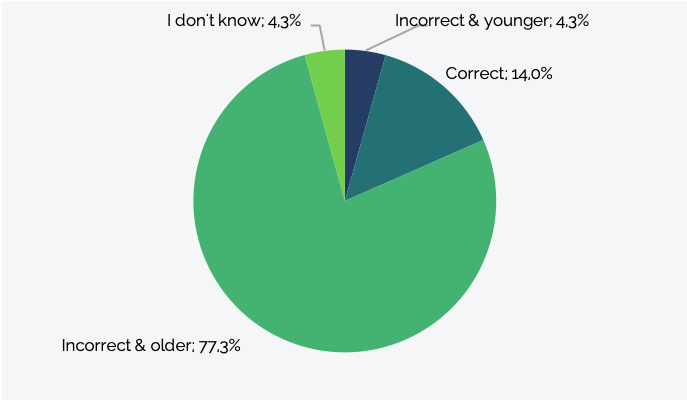 From what age can a young person work full-time?

Only 23,2% “agreed” or “strongly agreed” that a young person should be allowed to leave school and work full-time if they wanted to.

From what age can a young person get married, without the consent of their parents/guardians first?

Focus group participants were mostly in favour of young people staying in school for as long as possible, echoing the findings of the survey. Education was seen as vital to personal and intellectual development, and necessary to increase employment prospects and earning power in the future.

“[A company] can exploit a 15-year-old very easily. For example, if I'm the owner of some factory and I employ a 15-year-old, I will surely exploit him because he doesn’t know that the monthly income for
“working 8 hours a day is 80.000 drams while I pay him 40.000 drams for that same amount of work. No one gives him advice to tell him: ‘that’s wrong and you’re being exploited’, because now everyone needs money so everyone starts working from a younger age.”
— Jane**, 16-years old, discussing the lack of knowledge young people have about labour rights in Armenia in a mixed gender focus group of rural youths between the ages of 14 and 17
However, participants identified some reasons why a young person may want to leave school for full-time employment at a younger age. These reasons included poverty (i.e. needing to work to help parents provide basic necessities for the family), or when education was of poor quality and working was a better way of gaining relevant skills for the future.

This tension is reflective of the tension between participation and protection rights in these laws – that is, the right to choose work when it is better suited for one’s circumstances, versus the right to education.

“They want to earn experience, they want to earn money for themselves, want to see something new, learn something new. That's how I see it.”
— Alexey**, 14-years old, discussing reasons why a young person may want to leave school to go to work in Kazakhstan in a mixed gender focus group of vulnerable urban youths between the ages of 14 and 17

**Names have been changed to protect the privacy and confidentiality of focus group participants. For more on ethical considerations when conducting research with adolescents, please see our Methodology.